Posted at 15:47h in News by Marie Skari
Share 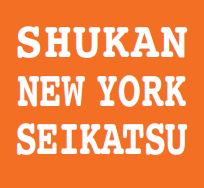 In 1989, Mr. Takenaka founded Takenaka Partners, a successful investment banking and consulting firm that specializes in cross-border M&A transactions. His firm has helped countless Japanese corporations expand their American operations and has brought numerous merger and acquisition deals to a successful closing. During the interview, Mr. Takenaka reaffirmed the strengths of Japanese companies and discussed how opportunities can still be found during these times of crisis and change.

Below is an English translation of the interview given by Mr. Takenaka.

Now is Not the Time of Crisis, But of Opportunity.

The COVID-19 crisis and its resulting impact on global economies has created an atmosphere of concern and uncertainty in Japan, as well as the rest of the world. We, at Shukan New York Seikatsu, wanted an expert opinion that could provide advice and wisdom to navigate these uncertain times. We interviewed Yukuo Takenaka, an investment banking expert who has successfully closed numerous M&A transactions and is now the current CEO and president of Takenaka Partners LLC. Before founding Takenaka Partners, LLC, Mr. Takenaka was the first Japanese born employee to become a partner at KPMG, one of the Big Four accounting firms. He has led the overseas expansion of numerous Japanese companies in different industries, including financial institutions, automotive corporations, manufacturing, and even cup noodle companies.

We asked Mr. Takenaka what Japanese companies should be doing during this pandemic. He gave the following commentary and advice:

“What is happening in the world is inevitable, not accidental. My philosophy in life is that there is a reason for everything and that nothing happens by accident. When we look at an event that no one has experienced before, such as COVID-19, it is important to identify why and how it impacts us from a societal, familial, personal, and business point of view, all of which are interconnected. From a societal point of view, we can see that one of the reasons that COVID-19 impacted us so greatly was the result of the economy growing too quickly and without intention. From a familial point of view, we realize the importance of connection and of not taking family for granted. Finally, from a business point of view, we must figure out what changes need to be made in order to survive this unstable economic period. Looking at the COVID-19 crisis through all of these viewpoints can help us reflect on the reason it happened and inspire us to adapt and look to the future.

“The first thing I can say, is that whenever this type of event happens, we will not come back as we were before. The next change has already taken place. In such times, it is important to have a positive attitude and know that times of change and crisis can also be times of opportunity.

“Most people are concerned, confused, and worried about the future and have become uncertain of which direction to go from here. However, a small percentage of people are actively trying to adapt to changing circumstances and are looking for ways to turn change into opportunity. Those who think ahead need courage and must think about where their business is going and what changes need to be made in order to thrive.

“Japanese companies doing business in the U.S. must realize that manufacturing and supply chains for manufacturing will change drastically. Now that a reliance on China has gone too far, there will be more active moves to return manufacturing bases to the U.S. homeland and/or shift operations to India and ASEAN countries.

“COVID-19 revealed America’s overdependence on Chinese manufacturing. As a result, “Made in America” will once again be the focus of attention in the continental United States. However, even if U.S. corporations say that they want to restore manufacturing, they will not resume manufacturing in the same way as before. They will need to adopt more advanced technology, such as robotics, automation, and AI, to succeed in the new age of “Made in America”.

“In the future, Japan must focus on areas of high profit margin and high quality rather than commodity, low margin areas.

“Japanese companies should leverage their strengths in the medical and aerospace fields, which both have high margins. In particular, there are expanding business opportunities in the healthcare and medical device fields due to the U.S.’s aging population.

“In addition, Japan’s food culture will be a major advantage for Japanese companies, as it creates the added value of manufacturing as a heritage. I want the Japanese food industry to challenge the mainstream American dining table and encourage ordinary American households to incorporate Japanese food as something they eat every day, not just in restaurants.

“For instance, I helped Maruchan ramen successfully penetrate the wider U.S. market by advising them to move its products from the Oriental food shelves at the supermarket to be sold side-by-side with Campbell’s soup. Moving forward, frozen foods and products that can be eaten immediately will be a great target area in the U.S. There is still an opportunity in the food industry if the idea to penetrate more of what can be eaten at home is achieved.

“Our firm is actively building a network that will support these Asian strategies in the U.S. and help U.S. companies move their manufacturing operations to India and other ASEAN countries. I am pleased to contribute as a bridge for Japanese companies. I am willing to consult on any ideas and/or strategies to further this philosophy.”


We look forward to the opportunity to serve you and your business needs.
CONTACT US
We use cookies on our website to give you the most relevant experience by remembering your preferences and repeat visits. By clicking “Accept”, you consent to the use of ALL the cookies.
Cookie settingsACCEPT
Manage consent

This website uses cookies to improve your experience while you navigate through the website. Out of these, the cookies that are categorized as necessary are stored on your browser as they are essential for the working of basic functionalities of the website. We also use third-party cookies that help us analyze and understand how you use this website. These cookies will be stored in your browser only with your consent. You also have the option to opt-out of these cookies. But opting out of some of these cookies may affect your browsing experience.
Necessary Always Enabled
Necessary cookies are absolutely essential for the website to function properly. These cookies ensure basic functionalities and security features of the website, anonymously.
Functional
Functional cookies help to perform certain functionalities like sharing the content of the website on social media platforms, collect feedbacks, and other third-party features.
Performance
Performance cookies are used to understand and analyze the key performance indexes of the website which helps in delivering a better user experience for the visitors.
Analytics
Analytical cookies are used to understand how visitors interact with the website. These cookies help provide information on metrics the number of visitors, bounce rate, traffic source, etc.
Advertisement
Advertisement cookies are used to provide visitors with relevant ads and marketing campaigns. These cookies track visitors across websites and collect information to provide customized ads.
Others
Other uncategorized cookies are those that are being analyzed and have not been classified into a category as yet.
SAVE & ACCEPT